Socialism, Capitalism, Communism, Marxism, Feminism and all the ism you can think of can be regarding philosophy, politics, ways to organize the government, economy etc. It just shows that people to not usually agree on the best ways to do things. In the past 10 years or more people had been organizing themselves. Nowadays we do not only look over our families, we no longer live in towns with a hundred people or less, most people live in countries with millions of people. For some reason not all of this countries have agreed on the best “ism” or the best ways to organize themselves nor the best philosophy to follow. Two of the most influential system at the moment are communism and  capitalism. Communism controls mostly all of a countries economy and affairs. A good example of a Communist country is the People’s Republic of China. Between 1911-1949, China had two major revolutions. And this time, china was also invaded by Japan. Until 1949, more capitalist regime fled to Taiwan leaving just the communist party in mainland China. Moa Tse Tong, who was the head of the communist party changed the Chinese law getting rid of a lot of the Chinese cultural heritage. He also radically change the economy, educational system and social system. The communist system caused a lot of human rights violation during this period. But on 1976, when Moa Tse Tong died and stop being chairman of the communist party, the new leaders made some reforms to some of the more radical programs. China is not now purely communist unlike before. This country has open itself to international trade and even allows different private companies to set up their businesses in China. We can say that Communism has helped China experience the biggest economic growth  than any other country. 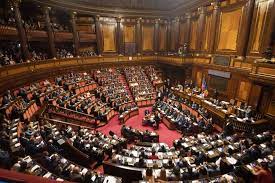 Another interesting fact is about Socialism. We can set Portugal as a good example on this. It has mentioned Socialism in its constitution but note that Portugal is not that extreme compared to other Socialist countries. It’s still a multi party democracy and still practices free market trade. Since Portugal moved towards Socialism, the Government has taken over more businesses because of the process called Nationalization. They have increased benefits and Government services. This has been effective in Poland and the people have seen an excellent economic improvement. But of course, this does not mean that they are free from critics. Although it has improve in some certain areas, Socialism in Poland has taken a toll on individual freedom. I the Government control gets more involved in activities, people have to comply and it limits them to make their own choices.